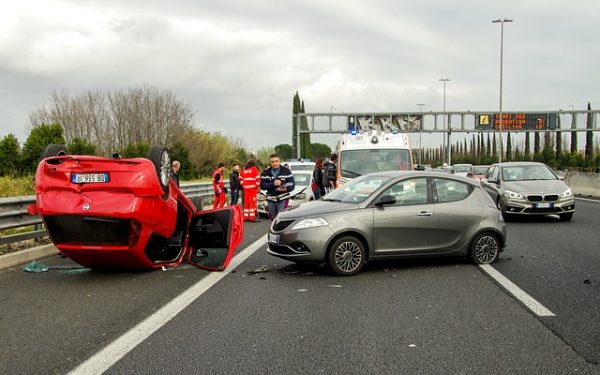 When you hire a lawyer to handle a car accident compensation claim, one of the first things they will do is a thorough investigation. The focus of the investigation will be to collect as much evidence as possible to support your claim during the trial. And to this end, there will be four specific pieces of evidence that your lawyer will mostly be looking for.

The first evidence your lawyer will look into are the police reports. Generally, the local police are the first authority who will arrive at the spot of the accident. As such, a police report will often contain fresh observations of the accident. Now, it is true that a police report cannot be submitted in court as evidence to support your case since it is merely the point of view a police officer. However, any statements made by the accused party in the report may be accepted as proof by the court. In addition, a lawyer with keen investigation skills can uncover information from the report that can later be used to discover more evidence to prove your case.

And as far as possible, hire a local lawyer since they will have better relationships with the regional police force, which can come in handy during the investigation process. So, if you are from Orange County, then hire a car accident lawyer in Orange County rather than from other regions unless absolutely necessary.

The next thing a lawyer will check out will be the record of the hospital where you were admitted after being injured in the accident. The reports from doctors will contain details regarding the injuries you have suffered, the nature and extent of such injuries, the treatments you had to undergo, and so on. Such reports from doctors are very useful in proving the severity of your injury in court. And this will definitely play a big role in determining the compensation you will be awarded.

More often than not, your hospital stay will be followed by a treatment plan set up by a physical therapist.  And their reports will also be crucial to your case. The records of the physical therapist will show how much pain and suffering you underwent, and what treatments you had to do in order to get rid of it.  If you are still suffering from any pain and it is projected that you will suffer from it lifelong, then such information too will be noted down in the record. This will greatly help in claiming compensation for pain and suffering.

An important part of the evidence will be the witnesses. And the lawyer will try to get statements from witnesses as soon as possible. This is because a witness is more likely to remember the details of the accident immediately after it has happened. The more time passes, the more they will forget a few details here and there. And this can be critical since even the smallest detail they remember can end up tilting the case in your favor.

However, a big problem usually faced by the lawyers is that witnesses may refuse to appear in court. Some witnesses will not want to waste time coming to courts for helping you. And then there will be those who will be afraid of possible harmful actions by the accused. This too can discourage them from appearing and testifying in a trial. But if your lawyer is astute, then they should be able to coerce the witnesses to appear at the court and speak in your favor. And if that does not work, the lawyer can always send a subpoena to the witness and legally force them to testify. Usually, the threat of a subpoena will be more than sufficient to make even the most reluctant of witnesses to appear at the trial.

The reason why your lawyer will try all the tricks in their book to make witnesses come to court is very simple – the statement of a witness carries weight. The more the number of witnesses the lawyer can produce in court, the more your chances of winning the case. But, there is a bigger advantage of having favorable witnesses – its effect on the opposition lawyers.  Once they see that you have a good number of witnesses who will speak against the accused, they are more likely to approach you for an out-of-court settlement. As such, you will be able to receive a fair compensation from the other party without having to waste time going to trial. And this is why your lawyer will do a detailed investigation to find favorable witnesses.