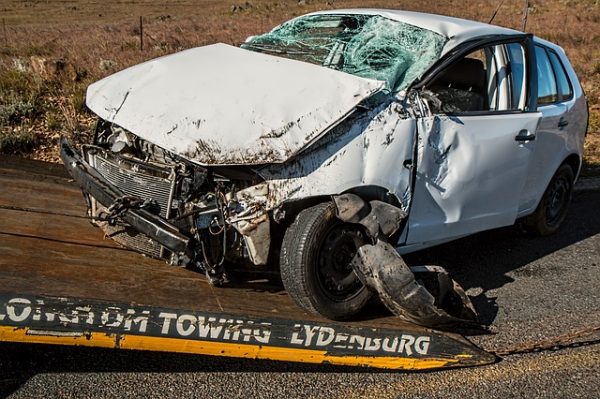 Recovering physically is the main priority after a car wreck, but once that’s been taken care of, most people understandably want to know if their car will be OK or if it’s going to end up totaled. The answer depends on a lot of different factors. A car’s value will almost always take a hit after a car accident. If your car is damaged, it’s simply not worth as much. Some damage is easier to fix than others, but any damage makes it less valuable. It could be something relatively easy to fix, like a scratch across the passenger side door from that time you hit a post in a parking garage. At the other end of the spectrum, you could no longer have a passenger side door after getting T-boned at an intersection.

Where the accident occurred

We know that our car insurance rates depend a lot on where we live. That’s because some cities are considered safer than others, and there are also things like cost of living that can factor in as well. Where the accident occurs can also play a role in just how quickly you can restore your car to working order. Finding an auto body repair shop in Salem, Oregon will be more of a challenge than finding an auto body repair shop in Portland, Oregon, but it’s by no means an impossible task. You’ll want to find a good repair shop as close as possible to where the accident took place, since towing fees usually aren’t cheap. Should you find yourself in unfamiliar territory, ask locals where they take their cars for repairs. Reviews are helpful as well, but word-of-mouth is often more reliable.

The role of diminished value

Some people won’t care where they get the car repaired, as long as it’s repaired quickly and cheaply. There are a few problems with that approach, though. It’s better to wait a couple of days and get the job done right than to get shoddy work done. There’s something called “diminished value” to keep in mind as well. Your car insurance company will calculate diminished value when deciding how much compensation you’ll receive post-accident. Diminished value can occur simply because your car has been an accident. Even if it’s been repaired, you probably won’t be able to sell it for as much as you would have before the accident took place. It can also occur if the repair work has been performed poorly. If you disagree with your insurance company’s assessment and feel like you aren’t getting a fair deal, then you’ll want to look into hiring a lawyer to help you file a diminished value case. Most people don’t want to hire lawyers after car accidents, but some people feel like they have no choice because the insurance company is refusing to deal with them in good faith. If that’s the case, call an attorney for a free or cheap consultation.

Many people feel helpless after a car accident. It’s an incredibly understandable reaction, but it’s important to remember that you do have some control over what happens next. You may not have been able to prevent the accident, but you can have a say in the aftermath.