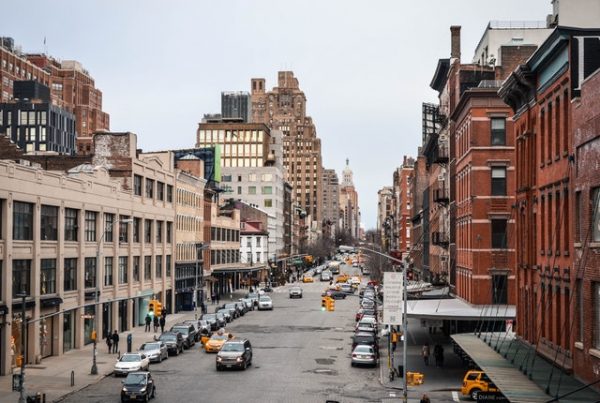 Benjamin Franklin supposedly referred to the state of New Jersey as a “barrel tapped at both ends.” And that’s coming from the guy who invented bifocals and the lightning rod, so he generally knew what he was talking about. In many ways, New Jersey is the meat in the middle of a Philadelphia-New York sandwich. If you’re a sports fan in South Jersey, you’re probably rooting for the Eagles and the Flyers. If you’re a sports fan in North Jersey, you’re probably cheering on the Giants or the Jets. If you’re Chris Christie, you are, for some reason, rooting for the Dallas Cowboys, but that’s another matter entirely. The point is, North Jersey and South Jersey get a lot of attention, but Central Jersey is sometimes overlooked, even though the middle part of the state has a lot going for it as well.

It’s easier to agree on what constitutes “north” and “south” than it is to figure out what “central” means. There’s a North Carolina and South Carolina, but if someone ever tried to create a Central Carolina, they were clearly not successful. Central Jersey can be a bit hard to figure out, so some people don’t even bother trying, especially if they live in a clearly northern or clearly southern part of the Garden State. However, if you go by the state’s center of population, then Middlesex County is clearly the heart of Central New Jersey. Middlesex County is home to over 800,000 people, which makes it the second-largest county in the entire state. Middlesex County has a great foundation in higher education, as Rutgers, the State University of New Jersey, operates its five main campuses within the county. A little school by the name of Princeton has its Forrestal Campus in Middlesex County, with the main campus being located in nearby Mercer County.

You’ll find a plethora of activities to entertain you in Central Jersey. If you like history, then you might know that New Jersey was actually the first state to ratify the Bill of Rights. There’s even a Bill of Rights Arch you can visit in the Perth Amboy Public Square (Perth Amboy was the state capital before Trenton took over). If you’re a fan of light bulbs and phonographs, head to the the Thomas Edison Center at Menlo Park, located in the appropriately named town of Edison.

If you’re looking for physical activity, head to one of the beautiful recreation areas to play softball, baseball, tennis, or something else. You can even bring your best canine friend to one of the dog parks in the area. Central New Jersey is also a golf-lover’s paradise, with numerous courses available to members of the public. If you’re looking to make a home in Middlesex County or the surrounding area, you’ll find plenty of private golf clubs to join as well.

There are tons of great housing options , and that’s true whether you’re seeking a home in Middlesex County, Union County, Mercer County, or another municipality. At the end of a long day of work, you’ll be able to make some tea, sit down, and look out your living room window at all this region has to offer.