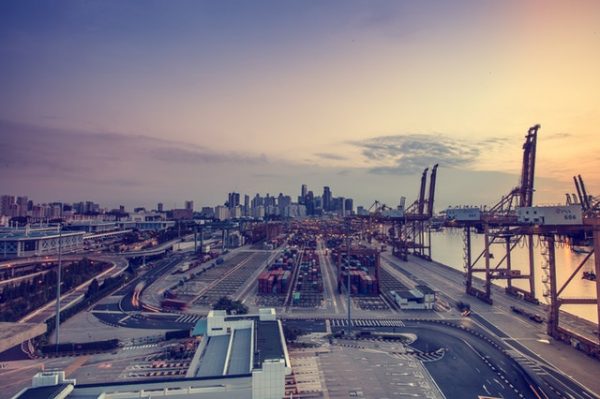 The industrial landscape of the United States has evolved a lot in the past few decades. Some industries have declined steadily, while others have seemingly come from nowhere to become major players in the country’s economy. Here’s a look at some of the industries that the country depends on.

You’re not wrong for thinking that it was a lot easier for your parents or grandparents to get a union manufacturing job that paid well and didn’t require any sort of college education. There was a gigantic manufacturing boom after World War II, and a lot of people benefitted from it. Manufacturing has been forced to adapt to modern times, and there are definitely some people left behind. You hear a lot of people complain that bad trade deals made it impossible for the United States to compete in the manufacturing sector, but it’s more complicated than that, despite what politicians try to tell you. Your smartphone may be made in China, but there are businesses that make their products in the United States. Dishwashers from KitchenAid are manufactured in Findlay, Ohio. Investment casings are produced in Lebanon, Pennsylvania. Those Post-it notes you have all over your cubicle? They’re made at a plant in Kentucky.

Rust Belt cities like Pittsburgh and Cleveland have revitalized themselves thanks in large part to the booming healthcare industry. The University of Pittsburgh Medical Center is the top private employer in Pittsburgh, providing jobs to roughly forty thousand people in Western Pennsylvania. The world-class Cleveland Clinic hospital employs around fifty thousand in Northern Ohio.

American medicine is highly advanced. That doesn’t mean the health insurance system follows suit, unfortunately, as this country still has plenty of issues with charging people exorbitant amounts of money to not die from a completely curable cancer. But aside from cost, the quality of care is generally very good. Babies born three months early have better-than-ever chances of surviving as well as thriving. A child suffering from a rare genetic disorder can receive top-notch treatment at one of the many state-of-the-art children’s hospitals located around the country.  Access to care remains a concern, but the healthcare industry is expected to become the largest American job sector sometime in the next few years.

Healthcare is considered a service rather than a good, and there are plenty of other service jobs driving the economy right now as well. The cocktail waitress who brings you drinks during happy hour is providing a service, as is the college student behind the wheel of the Lyft you take to get to the airport. So is the mold remediation contractor your bring into your house to clean up your living room and keep the mold from spreading to the rest of the house. Most of us interact with service industry workers countless times a day. It can be a thankless job, as anyone who has ever worked in a call center or behind a fast food counter can attest to. There’s a concern in some quarters that service industry jobs don’t provide enough economic stability for the people it employs, and that’s certainly an issue worth watching. But the need continues to grow, and there are plenty of people desperate for employment. There may be a high turnover rate, but as long as there are service sector jobs available, there will be workers eager to take them.