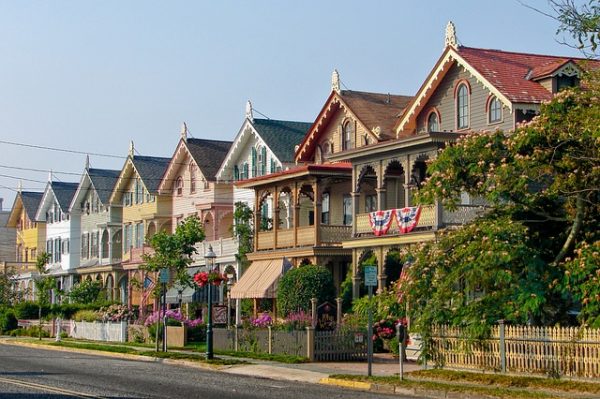 Halfway between Princeton and Trenton, New Jersey, you’ll find the unincorporated township of Lawrenceville. The township is small: only about 3,887 residents as of the 2010 Census. Although it’s tiny, there’s plenty to do. Lawrenceville, in the heart of Mercer county, has packed a ton of history and character into its streets. It’s the ideal retreat for those who want a change from the bustle of the nearby cities.

This charming burg is also known as “the village of Lawrenceville,” or simply “Lawrence,” and hosts a downtown area that was listed in the National Register of Historic Places in 1972. Lawrenceville was founded in 1697, so it boasts some impressive historic sites. For instance, the Presbyterian Church of Lawrenceville was built in 1698, and it still serves the community today. The Lawrenceville School is a private boarding and day high school that was founded in 1810 and is one of the oldest prep schools in the country. Lawrenceville was the home to a Revolutionary War episode in 1777, in which Colonel Edward Hand delayed the British troops that were passing through before the second battle of Trenton. This achievement is celebrated annually with a march to Trenton from the Township Municipal Building.

Lawrenceville Main Street is the heart of the community. LMS is an organization of local shops and businesses in the downtown area that are committed to preserving the personality and integrity of the township. LMS organizes favorite community events such as the Music in the Park series and the Taste of Lawrenceville festival. Also, there’s a weekly seasonal farmers market. Weeden Park, in the Main Street area, is a place for locals to play games and spend time, and it also hosts concerts and family events. For those who appreciate the outdoors, the Lawrence Hopewell Trail (LHT) is a big draw. This trail is over 20 miles long and is accessible for both walkers and bikers. The trail passes through Village Park, which hosts sports fields and courts on its 60-plus acres.

Of course, Lawrenceville isn’t simply a small place that draws tourists. The people who live there lead full lives. Residents are able to access specialty doctors in Lawrenceville as well as an excellent school system. Those who want to get their party on can host their own events and order beverages to be delivered straight to them from Joe Canal’s Lawrenceville location. Lawrenceville’s proximity to Princeton, Trenton, and even New York City mean residents are easily able commute to particular jobs and major commercial and business hubs. Trenton is a 20-minute drive away, while the commute to Princeton is just under an hour. New York City is a little over an hour drive. There’s train service to NYC as well, which, although a bit longer than the drive, is still easy to do in one day.

Lawrenceville has also produced some famous public figures, including politicians such as Eb Gaines, artists like Interpol bassist Carlos Dengler, athletes such as distance runner Ed Moran, and comedian and talk show host Jon Stewart. This town has pleased thousands of Americans, and will no doubt continue its charm into the future.