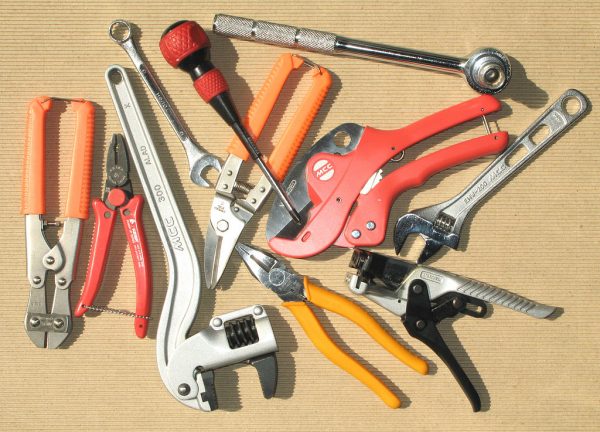 Would you try to pilot a plane without experience? What about a boat? Heck, would you even try to get on a tractor without any idea of what you were doing? Hopefully, the answer to all three questions is “No, I would not do that.” That’s because there are just some things we aren’t equipped to handle. It’s not a personal failing. It doesn’t mean we’re weak. It just means we lack that particular skill set. Unfortunately, we’re living in a DIY (short for Do It Yourself) culture that tell us that something is only worthwhile if it’s homemade, or artisanal, or organic. Sometimes that makes sense, like if a new mom wants to make her own baby food. But a lot of times it seems to make things unnecessarily complicated.

There will always be people who scoff at “experts.” But experts are vital to a functioning society. Having a dentist extract a bad tooth is a much better option than the old string-and-a-doorknob routine. And if a limb gets infected nowadays, amputating it is the last option rather than the first one. That’s because of smart people who worked hard to figure out a better way of doing things.

A lot of people like to think they can renovate their house just fine on their own. In some cases, maybe you can. Plenty of people can do things like assemble a table or build a bookshelf without any outside help. There are home improvement chains devoted to selling people supplies for home projects and sending them on their way. But you have to know when to draw a line. Remember that something is cheaper only if you place no value whatsoever on your own time. Sure, you could paint your entire house in a few days, but maybe your time would be better spent working on other things.

Let’s use Evan in New Jersey as an example. Evan just moved out of New York City and bought a house in Montclair. He’s 10excited about it and plans on adding vinyl siding, which is a great option for many homeowners. He’s planning on having seamless vinyl siding in Northern NJ, but he doesn’t think he needs help. He thinks he can look up a few videos on YouTube and figure it out for himself.

Fast forward a few weeks, and Evan ends up having to hire a local company to come out and fix the mistakes he made. He pays twice as much when he could have just hired a qualified installer from the very beginning of the process.

The DIY mentality also extends to companies both small and large. When faced with budget crunches, higher-ups will fire the janitorial staff and make the office employees clean their own toilets. This may save money, but those savings will probably come at the expense of office morale. It can also end up hurting the company’s bottom line instead of helping it. A company can spend a lot of time and energy trying to track how much it spends on mobile phones and tablets, or it can simply hire a telecom expense management team. Similarly, it can make Doug the intern build a website from scratch, or it can hire a digital media company to do the job right.

There’s a common expression that goes “Pick two: Fast, good, or cheap.” A lot of people will default to the “cheap and fast” option. Sometimes, it’s worth either paying a little more or waiting a little longer to make sure you get something truly good.