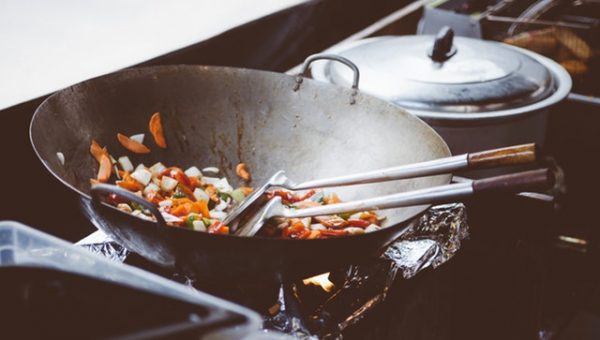 There are some things that the vast majority of us would prefer to buy new every single time. Swimsuits are a good example of clothes that should probably be bought new in just about every case. If you’re a new mom looking to cloth diaper, you’d much rather buy a set of cloth diapers than take on someone’s hand-me-downs. Outside of clothes, there are good reasons why you don’t see things like used mattresses at thrift stores. There are too many potential issues with reselling those things (and one of those issues is bed bugs).

But outside of intensely personal items like the above, there are plenty of opportunities for buying used or recycled items. They may not last you quite as long as something brand-new, but there are refurbished items that can still last a good while. There are ways to buy used (or pre-owned, if you prefer) that you’ve probably never even thought of before.

Did you realize that the pizza from your favorite local restaurant may actually have been cooked to perfection in a remanufactured oven? Such ovens can perform incredibly well. They can perform so well that most restaurant patrons don’t even realize they’re eating food that was cooked in such an oven, which is kind of the whole point. The best kind of equipment companies will do everything in their power to restore the oven to its original factory specifications. Not every oven can be remanufactured, and not every oven should be remanufactured. Technicians don’t want to restore an oven that’s a piece of junk. There has to be some value left in the equipment for it to be worth remanufacturing.

Ovens aren’t the only piece of kitchen equipment that can be restored. Those gigantic commercial mixers can also be remanufactured and returned to a condition that’s almost like new. If you’ve never owned or operated a restaurant, you probably haven’t spent much time thinking about the cost of all that equipment. It can get pricey really fast, and quality products that have been refurbished or remanufactured offer critical savings to the people behind the scenes who are trying to make sure the books stay balanced.

Have you heard of biodiesel? Vehicles that run on diesel fuel can also run on biodiesel, although the latter is more environmentally-friendly. That’s because it’s made from vegetable oil or animal fat. Yes, that’s right: you can make a biodegradable fuel from the stuff you find in grease traps at your favorite fried chicken restaurants. Restaurants will sign up with a company that comes by occasionally to collect used cooking oil. Fat, oil, and grease levels typically have to comply with local and state regulations, and so collection companies will also perform maintenance work as well. Once the oil is collected, it’s treated and converted into biodiesel. Biodiesel is cheaper than regular diesel fuel, and using biodiesel also lowers the amount of emissions released into the air. When we think of recycling, most of us think of throwing soda cans into a specially marked bin, but there’s way more to it than that. It turns out that the fried mozzarella sticks you had for lunch today can help save the planet.